Simulators sound rather amusing, don’t they? If you want to stand in anyone’s shoes, you can do it in rather unusual simulator, which is called Mother Simulator. Yes, that’s right, being mother can be cool, and this is why such game got your attention, is that right? Game doesn’t belong to a particular genre, but this makes it so appealing. If you count genres, which are combined here in a single game, there are a couple of them – psychological horror, simulator, casual game, indie, humor and many others. It is first-person game, and you will be the only player in this game. Ready or not, it’s time to check all cool things that this game has got for you.

The game was released at the end of the spring 2018, and it quickly gained popularity and its audience. It has got rather high evaluation from gamers, and it’s time you checked this grade and make your own conclusions about it. Developers say that first of all this projects deals with humor, because you have to face a lot of comic moments. But at the same time you will see that being a mom isn’t easy, and sometimes your baby gets on your nerves to that extend that you want to kill your child. Well, this is really terrible, but everything is not as bad as it seems.

Your feelings may be confused, and you will be bewildered and perplexed, but this is what developers wanted you to feel. You will feel anxiety and sometimes you won’t know what you are doing and what is going on around you, but eventually you will get everything right. If this won’t happen, you can always re-play the game and find the right solution. As you may have already guessed, you will be dealing with a small and nasty child, and this wouldn’t be too easy. The child is really nasty! It will drive you crazy many times, and this kid won’t leave to time on self-development. All you can do is just feel the kid, change diapers, wash him, and that’s all. This doesn’t sound too bad, but it is something that is getting on your nerves. Well, not exactly yours, but mother’s. Wait… You are the mother! So, good luck. 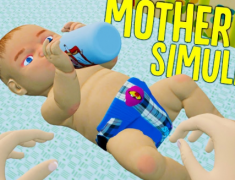 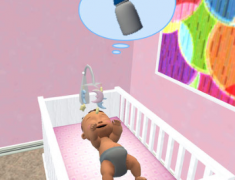 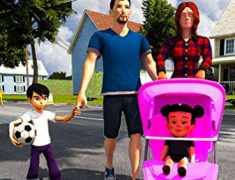